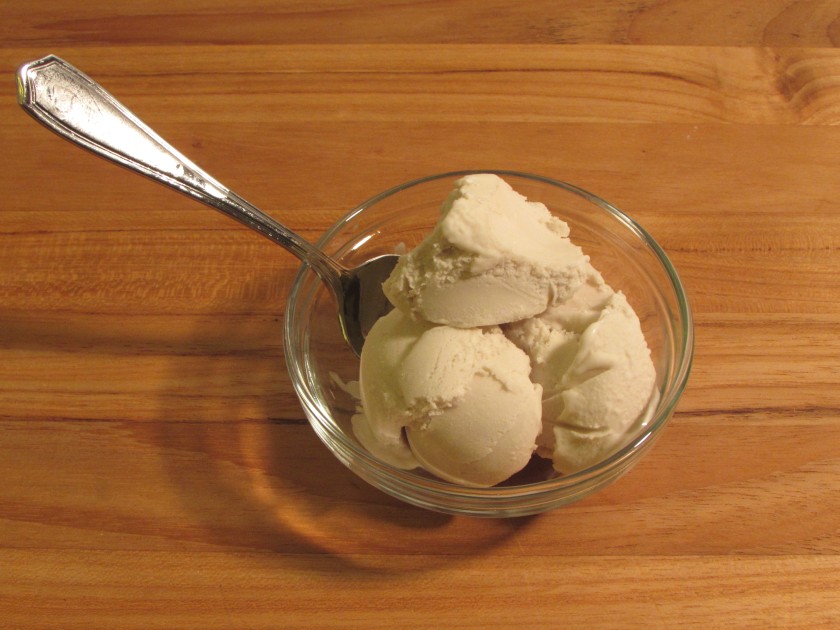 The lovely Vegan MoFo folks have declared today’s prompt as: “What [insert well known person] would eat if they were vegan”. I am curious as to what the other MoFo-ers will be posting for today, as I know that I was stumped by this. I guess I can see some folks recreating meat dishes for famous carnivores, but other than that, nothing really comes to my mind. That is why I have adapted the prompt to be “What Maggie would eat if she were vegan”, since I am vegetarian. Obviously I am well known 😛

My boyfriend and I are ice cream maniacs. It’s a dessert that we both enjoy sharing together (which is rare, given that I am a chocoholic and he is a vanilla-and-fruit guy. We compromise by usually getting one scoop chocolate and one scoop fruit. Or both scoops coffee, since we both like that. Weird, I know). I’ve had this ice cream maker gathering dust in my closet for a few months now, so I thought Vegan MoFo would be an appropriate time to pull it out. When I saw this prompt, I realized that if I were vegan, one of the things I would miss the most would be a good quality ice cream. 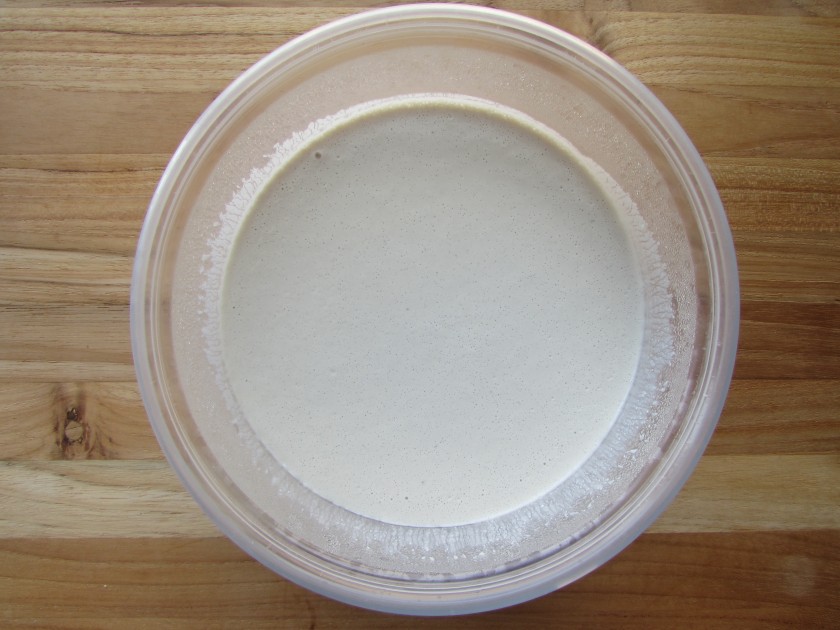 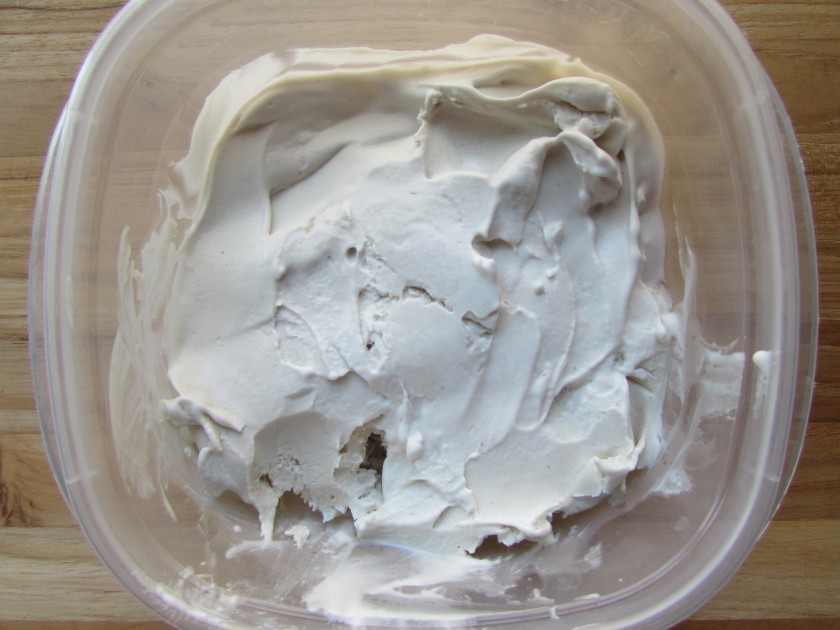 When it is done, it has the consistency of soft serve, pictured above. You can eat it like that, or put it back in the freezer for a few hours to harden up. This homemade vegan ice cream is also significantly cheaper than store-bought. My guesstimate is that I spent about $3.50 making this entire batch (6 servings), which is equal to $0.58 per serving. The store-bought (vegan) version usually costs $4-$5 for 4 servings, which works out to at least $1.00 per serving. 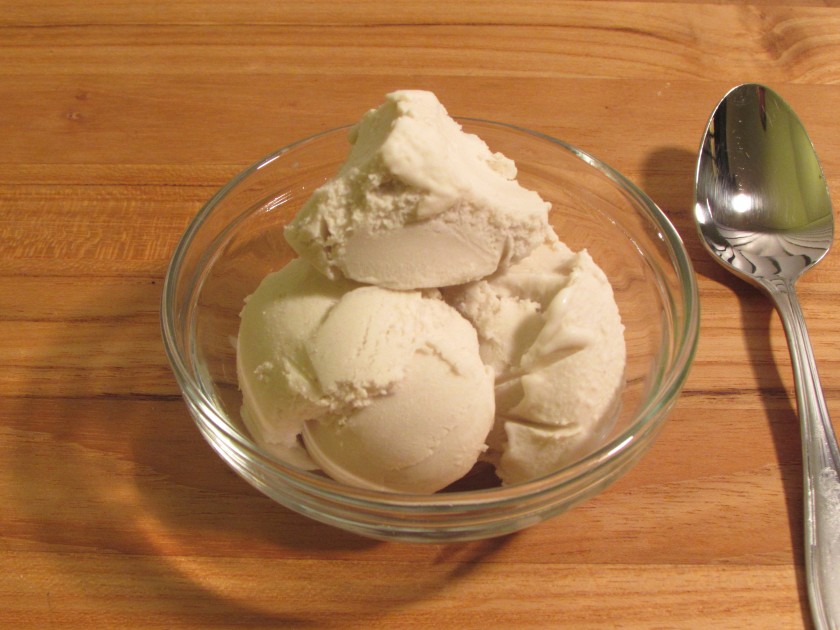 Also…this is the best vanilla ice cream I have ever had, vegan or not. I am not lying. That’s right: easy, cheap, and life-changingly delicious vegan ice cream is within arm’s reach, people. What are you still doing sitting here?!